Search for items in the CMCC Learning Commons.

Search for items in the CMCC Learning Commons.

In Credo Reference, if you search for 'statistics' in the title of entries, you will retrieve this great book:

The OECD Factbook  OECD Factbook is the best-selling, annual title from the OECD. It provides a global overview of todays major economic, social and environmental indicators. More countries than ever are covered in greater detail, enabling direct comparisons for many indicators between OECD Members and Brazil, China, India, Indonesia, Russian Federation and South Africa.

Searching on 'statistics' in the 'heading' fields of Credo will provide plenty of specialized subject dictionary and encyclopedia entries on this topic. The topic pages in Credo are helpful as well, as thes 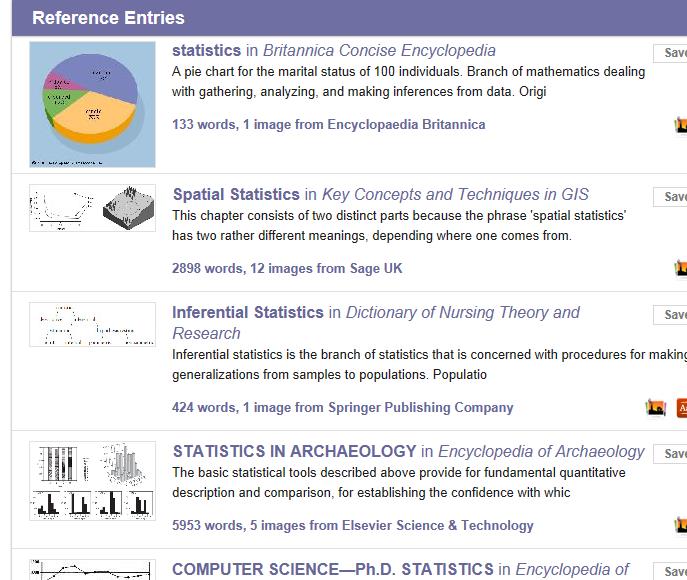 e internet sites that have been vetted (choosen) by experts.  Here's an example: